Hi! The first email of the year is finally here!

Sorry but I totally missed last months email - I forgot all about it until we were too far into the month and it just felt too late to send something. On the plus side, this means I have many more things to mention this month.

As I mentioned last time I have been working on a new “Comic Creator” app, but since then inspiration has struck and I’ve beed working on two more apps!

To remind you, I’m making a Comic Creator. This app will take 8 images as input. You can make these images in any image editing app you like - including Brush Ninja (it will have a new image size that is the correct size for the pages). You can then select the front and back cover, and 6 internal pages. Once you press save the app will generate a single image that you can print out. Then, with a bit of cutting and folding, you will have a teeny weeny comic/ magazine/ leaflet. 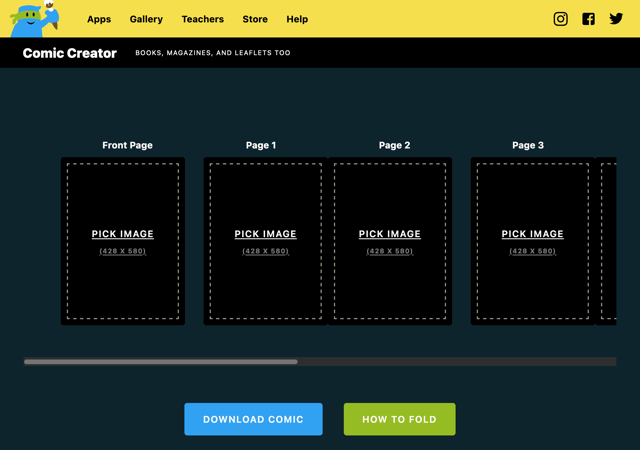 I’ll be honest, I made this because my wife wanted a simple collage maker for when she sells things on Ebay or Facebook Marketplace. But actually I thought it would be a fun tool for creating images that you can use in the Comic Creator, or as backgrounds in Brush Ninja itself. I’m sure over time we will see lots more creative uses too. 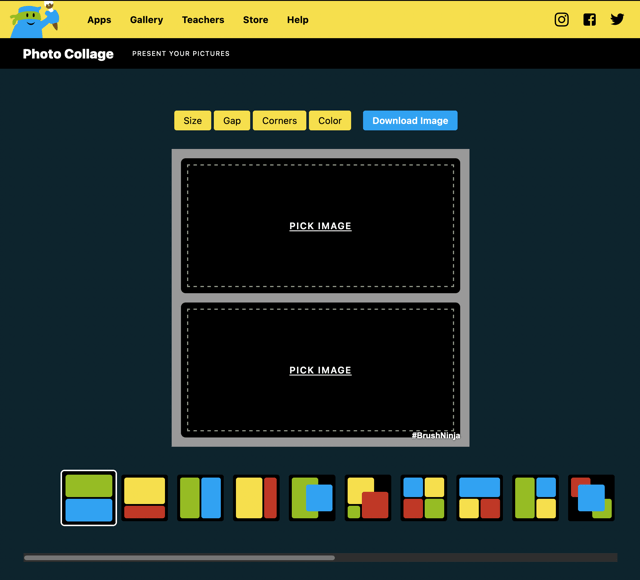 Inspired by all those Wordle posts on social media I thought I would make an app that lets you make art with emojis. I’ve actually been doing similar things on Twitter for a while, by sometimes posting emoji mazes, so this seemed like a fun way to open this type of thing up to other people.

Currently the app works, but the design of it is barely started, so expect it to change from the screenshot.

Like Wordle you will be able to copy the emojis to post on social media, and you will also be able to save the artworks as images to use in the other apps on the site. 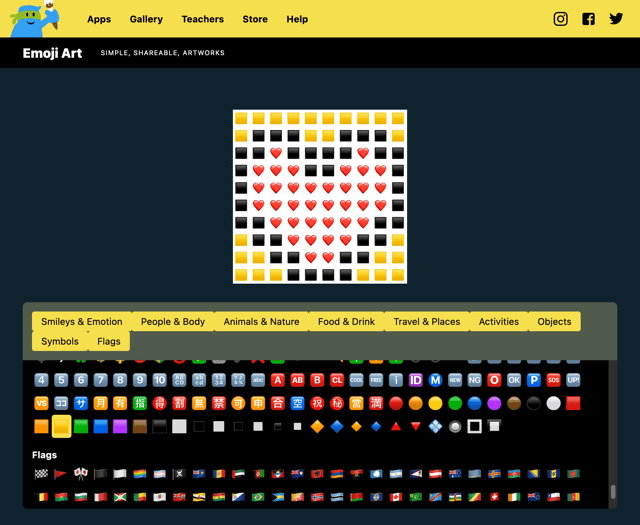 Earlier this year I got sent a message from a teacher about one of their students (a 5th grader) and it was awesome. This is the first time I’ve seen fan art for something I have created and I hope to see more 😄! 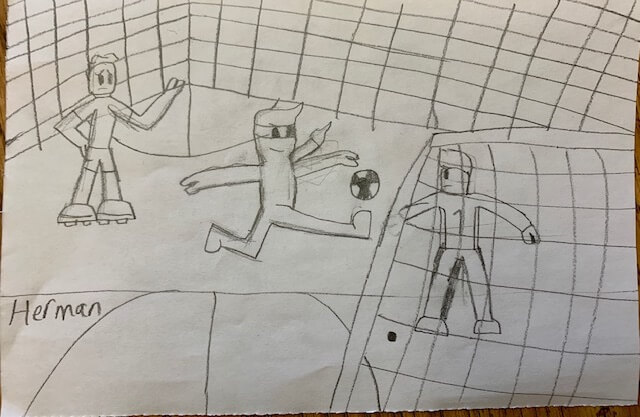 So thank you very much - this makes me so happy to see!

Below are a few of my favorite animations from the last month or two.

So that the other apps can be added to the site I am tidying up design of the Brush Ninja website. This involves a new header layout, improved dark mode (as seen in the screenshots - I use it, not sure if anyone else does?), and a new page to access all the apps from.

When can you use the new things?

Besides the updated design there’s a whole bunch of other changes I will need to make to accomodate these apps so it will be a while before they are officially released. I still need to finish the emoji art one, and update the help docs, and various other smaller changes.

That said, I did accidentally release the Comic Creator so you can test an early version of it now. The final version will be a bit different but this one much works just fine. If you want to try the other apps then you could always join the Brush Ninja Patreon - I will be giving my Patrons access to everything very soon.

Thanks - and see you next month!